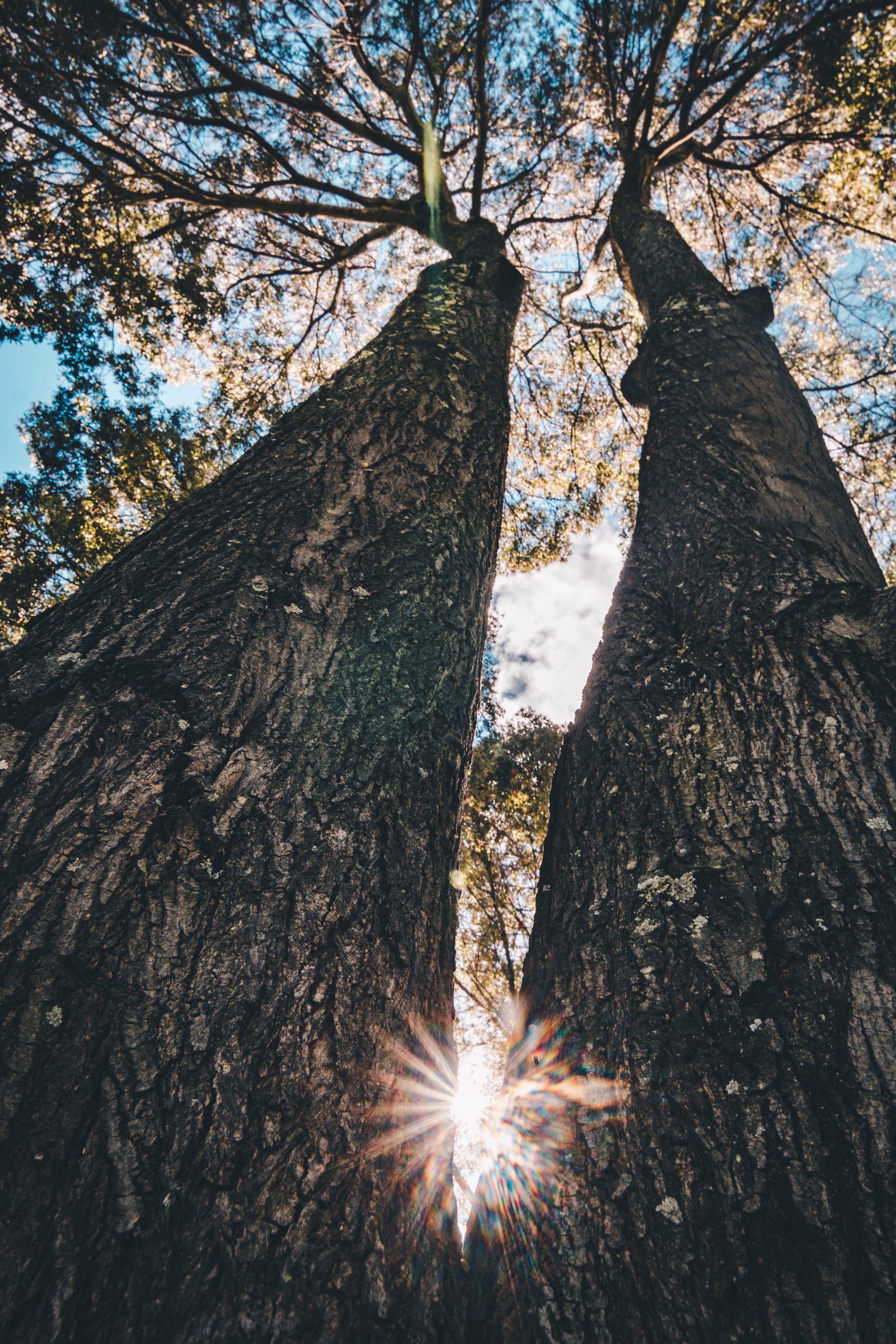 At a time when the news about the damaging impacts of climate change make front-page headlines almost every single day, it is imperative that we urgently take action. The most recent example are the fires ravaging Australia after the region recorded its hottest and driest year, likely extinguishing entire species, threatening water supplies, and further increasing the global temperature that fueled the fires in the first place.

In spite of this urgency, the much-anticipated negotiations at COP25 ended with no decision on Article 6 and therefore no clear set of rules for how countries can use international carbon markets to help achieve the emission reductions included in their Nationally Determined Contributions (NDCs). Markets could help drive finance to important mitigation activities which are critical for reaching the global target of reducing greenhouse gas emissions by about half from 2010 levels by 2030 to keep global warming to below 1.5 degrees. 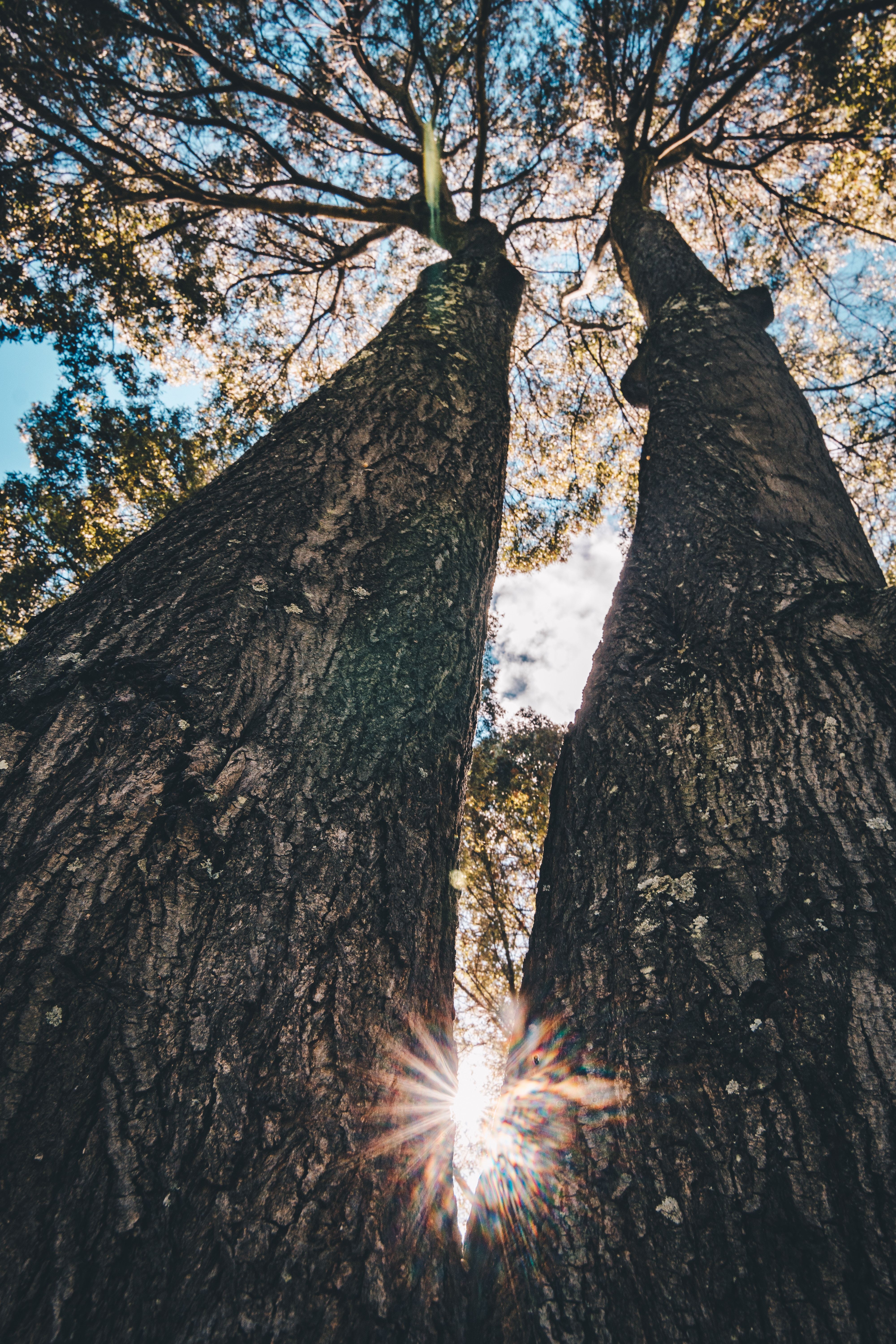 While we must now wait another year for these rules to be finalized, we cannot afford to lose more time to take climate action. As a matter of fact, the private sector, which is positioned to drive finance to climate action quickly and efficiently, has been stepping up to the plate in a significant way. Companies taking climate action make news headlines every day, it seems; and Verra reached a huge milestone in early December when we — as a result of this demand — issued our 100 millionth Verified Carbon Unit (VCU) for 2019, more than twice what we have ever issued in one year. This milestone came on the heels of an already-successful previous year (2018) when the transacted volume of VCS+CCB-certified offsets increased 325%, from 7.7 MtCO2e in 2016 to 32.7 MtCO2e. Over the past several years, the VCS has consistently been the most commonly transacted offset project standard.

Natural Climate Solutions at the Forefront of Climate Action

A significant portion of these VCUs originated from AFOLU (Agriculture, Forestry and other Land Use) projects (see graphic below), which are now clearly outpacing issuances from non-AFOLU projects (also see our “Data & Insights” brief for more on recent trends in VCU issuances and retirements). This indicates that nature-based approaches to fighting climate change are gaining significant traction and are increasingly contributing to climate mitigation. This development also reflects a broader market trend. Ecosystem Marketplace’s recent State of the Voluntary Carbon Markets report notes that the overall market volume of offsets generated through Forestry and Land Use activities increased 264% between 2016 and 2018. 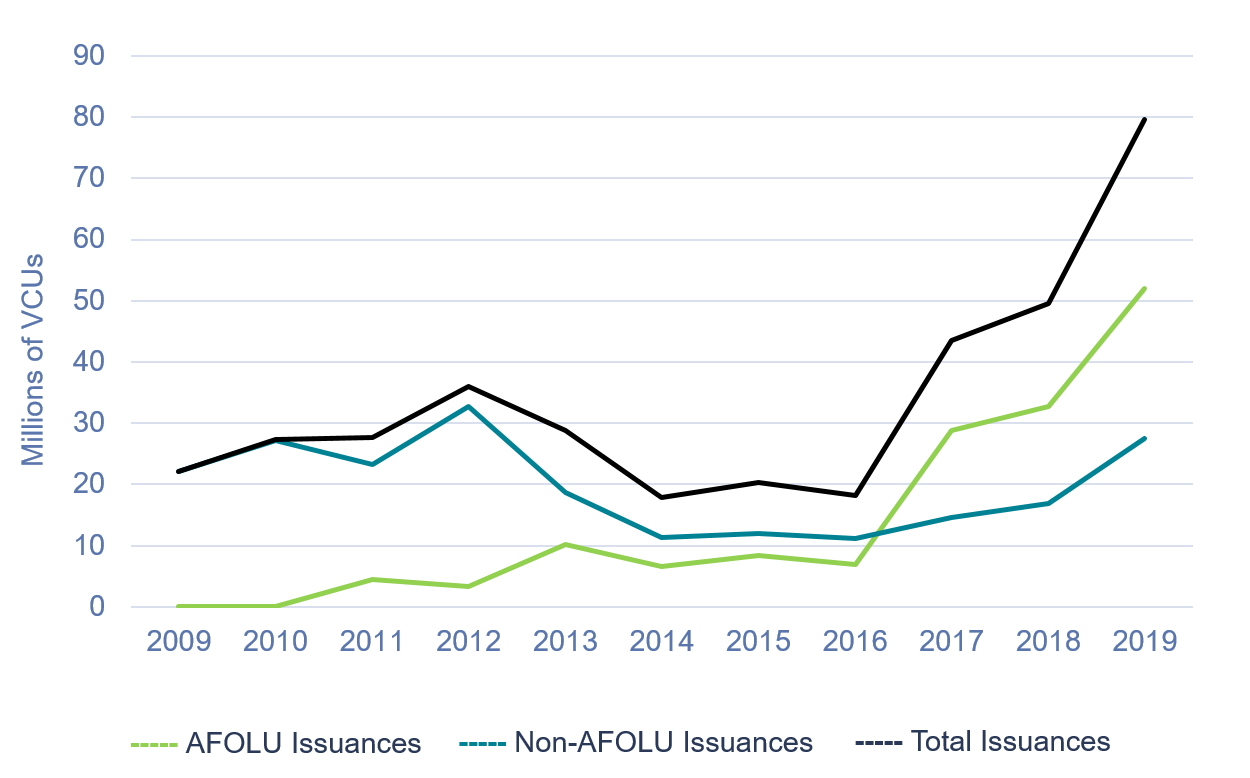 Within that category, offsets from REDD+ (Reducing Emissions from Deforestation and Forest Degradation) projects increased 187%, from 10.6 MtCO2e in 2016 to 30.5 MtCO2e in 2018. REDD+ projects are critically important as they preserve forests and sustain the people that are their stewards. REDD+ projects that are “nested” within national accounting frameworks play a particularly potent role. They can drive private sector finance to high-impact, on-the-ground mitigation while also supporting the development and implementation of government-led REDD+ programs; this, in turn, will help countries meet post-2020 commitments while enabling greater greenhouse gas (GHG) mitigation. Being aligned with national REDD+ reference levels and other REDD+ program elements will allow these projects to be accepted much more readily into emerging market mechanisms such as the Carbon Offsetting and Reduction Scheme for International Aviation (CORSIA) and provide longer-term financing certainty.

To drive this important process forward, Verra launched its Nested REDD+ Consultation to advance the development of new requirements and guidance for such REDD+ project nesting — which will eventually be included in Verified Carbon Standard (VCS) Program documents, including the VCS Standard — and important updates to the Jurisdictional and Nested REDD+ (JNR) Requirements to better support jurisdictional REDD+ program development.

Another group of approaches that is becoming increasingly more important includes activities that draw down atmospheric carbon, such as biosequestration (e.g., afforestation and reforestation, agricultural soil carbon) 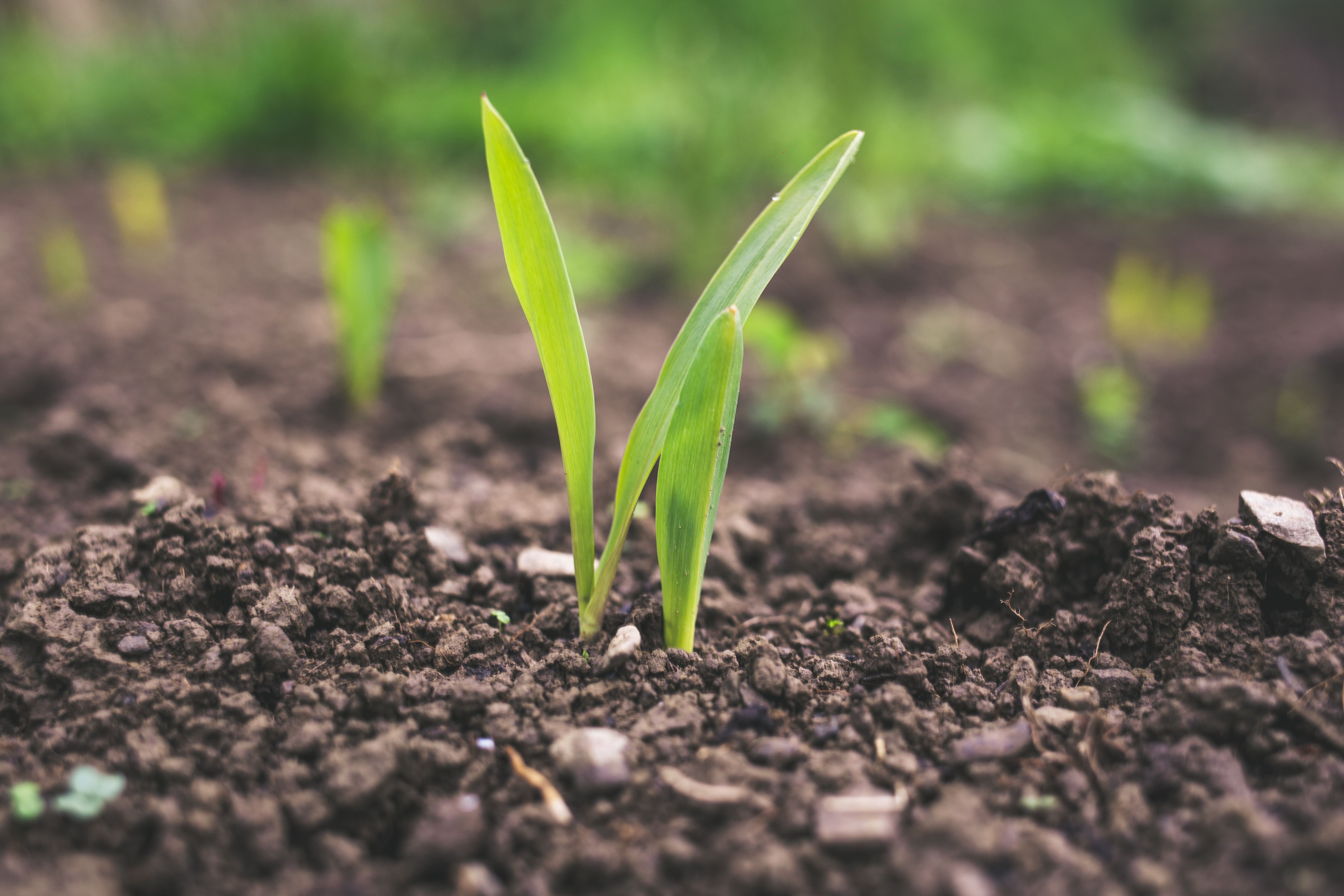 and blue carbon projects. Verra has been advancing efforts to connect them to additional sources of finance through the sale of carbon credits in voluntary or compliance markets, and we are happy to announce that the working groups we established to help with these efforts are now formed and starting to meet and develop creative solutions that we hope will strengthen these activities.

The year 2020 will be a critical one. We are likely to see continued growth in renewable energy and further development of new technologies such as electric cars, all of which will help to reduce our collective footprint. At the same time, a final announcement on CORSIA would launch a new market for carbon offsets! We also hope that Article 6 will be finalized at COP26 in Glasgow, so that when we look back at this year, we can really say that 2020 was the year in which we gained a 20/20 vision for how we can address the climate crisis — and save our forests and the future.