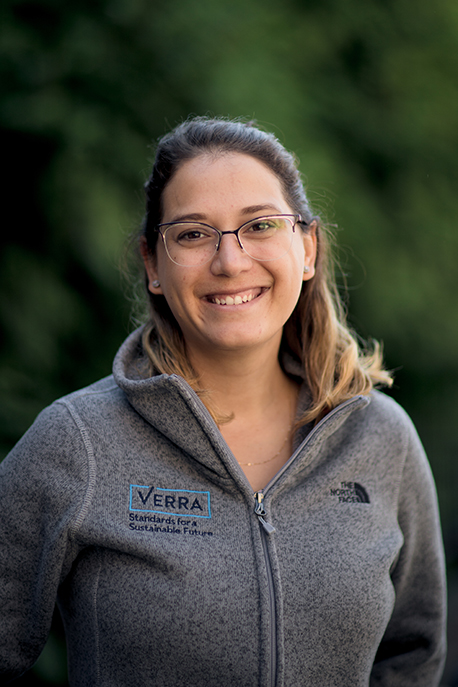 Nicole comes to Verra from the Forest Stewardship Council (FSC), where she was the Program Manager on the FSC Investments & Partnerships (FSC I&P) team. In this role she helped develop strong programs in support of forest conservation, livelihoods for Indigenous Peoples and community & family forest holders, and nature-based solutions. Prior to this role, she was a Program Coordinator for the University of Washington’s Middle East Center, South Asia Center and Southeast Asia Center. She also spent several years supporting grassroots advocacy and activism for global anti-poverty programs with the ONE Campaign. Nicole grew up in the Okanagan-Wenatchee National Forest in Washington State, USA, where she spent over four years working as a professional alpine ski instructor at her local mountain resort.

Nicole holds a M.Sc. in Environment and Development from the London School of Economics (LSE) and a B.A. in International Studies from the University of Washington, Seattle. She loves the outdoors, art, traveling, and making a mess in her kitchen trying new recipes from around the world.